The Trustees of the Social Security and Medicare trust funds recently issued a report on the current and projected financial status of the two programs. While Social Security remains strong overall and can continue to pay full benefits for nearly two decades, modest changes must eventually be made to ensure current and future generations of Social Security beneficiaries receive what they’ve earned. 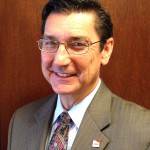 The newly-released annual reports for 2014 paint an uncertain picture of the programs’ future when a projected large number of baby boomers enter retirement in future years.  By 2033, the number of older Americans will increase from 46.6 million today to over 77 million.

Medicare is strong and will avoid insolvency until 2030, the program’s trustees said, a longer projected life span fueled by drops in healthcare spending. The latest projections push the life of the Medicare trust fund back four years later than a year ago.

To ensure full benefits over the long term, AARP believes we must begin with a national debate on growing retirement insecurity and the critical role of Social Security in the retirement income framework.Social Security has been in place since August 14, 1935 and recently celebrated its 79th anniversary. We strongly urge Congress to hold a separate debate on the solvency and adequacy of Social Security, as it is a separate, self-financed, program that people pay into throughout their lives and count on for each generation of our families.

The Medicare Trustees report illustrates the financial challenges facing Medicare along with the overall high cost of health care. With 64 million Americans expected to be enrolled in Medicare by 2020 and 80 million by 2030, we must do more to reduce wasteful spending throughout our health care system.

AARP believes that by improving care coordination and better use of technology, controlling high drug costs, reducing unnecessary services and other wasteful spending, and targeting fraud and abuse, we would improve our health care system as a whole while saving money in Medicare.

That’s why AARP advocates for common sense changes that can ensure affordable health care for American families while improving the quality and delivery of care for today’s seniors and future generations.

Michael E. Festa is the state director of AARP Massachusetts, which represents more than 800,000 members age 50 and older in the Bay State.  Connect with AARP Massachusetts online at www.aarp.org/ma; Like us at www.facebook.com/AARPMA and follow us on www.twitter.com/AARPMA.