ARLINGTON – Singer-songwriter Will McMillan of Arlington has performed professionally since his infancy. Now, whether onstage or online, he’s determined to continue sharing music with audiences of all ages.

“Music has a way of touching people’s hearts,” he noted.

From baby steps to professional actor

Originally from Washington, D.C., McMillan also grew up in New York and Connecticut. He began appearing in commercials as a baby.

At age three, he landed his first speaking commercial role for Drake’s Ring Ding Jr. Set in a football stadium, his character ordered the treat from a vendor. It got passed down a row and finally reached him.

“Everyone took a bite of it before it got to me,” he recounted. “I got the empty wrapper.”

The 10-year-old McMillan was a standby for 1972’s original Broadway production of “Pippin,” which required him to be onsite for all performances. He repeatedly watched the musical starring showbiz VIPs Ben Vereen, John Rubinstein, Jill Clayburgh and Irene Ryan.

“It clearly imprinted in my mind what I wanted to do when I grew up,” he recalled.

As a particularly memorable gig, he cites NBC’s 1976 made-for-TV movie “Bound for Freedom” with Fred Gwynne (“The Munsters,” “Car 54, Where Are You?”). While it’s common to place a stand-in near the camera, Gwynne stayed to deliver his dialogue with direct eye contact for McMillan’s close-ups.

“It was my first example of how powerful the chemistry between two generous actors can be,” McMillan shared. “I remain forever grateful for that lesson.”

Finding his voice in Greater Boston

McMillan moved to Massachusetts in 1980 to attend Harvard University where he sang with an a cappella group. Although he chose to leave before graduating, his Harvard connections led to soloing with Pops orchestras.

While gigging with a rock band, his voice teacher’s influence redirected him to jazz and cabaret.

“I became curious about what the human voice could do without all sorts of electronic amplification and reverb,” he explained.

In 1995, McMillan helped found the Boston Association of Cabaret Artists. In 1996, he started working daytimes as event manager at Cambridge Center for Adult Education and performed nighttime gigs.

He hosted “Will & Company” for several years at Harvard Square’s Blacksmith House. The Independent Reviewers of New England awarded his effort with 2002’s Best Cabaret Show.

“There were lots of really good local singers and songwriters who just needed a date on a calendar,” he relayed. “The challenge was always finding new places to perform.”

“It was magical to fly entirely around the planet and then land in this place with all these jazz lovers,” he quipped.

After several promotions, McMillan worked as assistant director at Cambridge Center for Adult Education when he got laid off in 2012. Meanwhile, a cabaret colleague had been encouraging him to teach Music Together sing-along classes with children and their grownups.

“Within the shock of getting laid off and having a weekend to clear-out 16 years of my work life, the first phone call I made was to her,” he said of his colleague.

Since then, McMillan teaches Music Together in Arlington. Now, most classes take place in-person outdoors, with a Zoom option.

Around the same time, he partnered with pianist Joe Reid to perform primarily at retirement communities and libraries. Their one-hour programs feature music of acclaimed songwriters such as Burt Bacharach, Oscar Hammerstein and Cole Porter.

“Everyone at retirement communities knows all these songs,” McMillan noted. “I love when people are moved to join in and sing along.”

Their work schedule increased annually until pandemic restrictions cancelled about 60 performances in 2020.

His previously recorded music with pianist-producer Doug Hammer is now available via Apple Music, Pandora, Spotify and other digital platforms.

McMillan added, “Sometimes I feel like music is completely irrelevant, like when I saw what happened with the insurrection in Washington, D.C. And yet, other times, I think hearing a song that’s sung with tenderness is exactly what someone needs to heal a wound. Then, I feel music is very important.”

Learn more about Will McMillan at willsings.com. 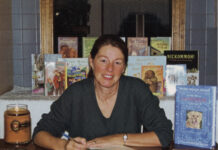 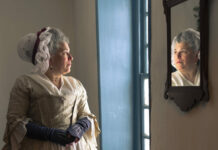